Collaboration is not a word being used very frequently these days. Yet without the partnership formed between various governmental agencies and private landowners, Routt County would not be seeing the many benefits of the work being done to improve wildlife habitat. Respectively, the local US Forest staff of the Medicine Bow-Routt National Forest has utilized the Good Neighbor Authority to coordinate with the Colorado State Forest Service and private landowners. Perhaps the best example of how this has been achieved is the Steamboat Front. 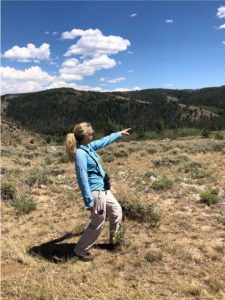 The Steamboat Front comprises almost 25,000 acres from Rabbit Ears Pass north to Clark along the Continental Divide. In general, its purpose is to reduce hazardous fuels and improve the deer and elk winter range habitat. More specifically the Forest Service is managing beetle kill through mastication, prescribed burning, and the harvest of timber on approximately 6,000 acres within the Steamboat Front. This, in turn, improves wildlife habitat. Much of the land is adjacent to Steamboat so the benefits are obvious just in terms of preventing wildfires. Our communities have continually encroached upon our forests to the point where we understandably can no longer allow the natural burning that historically has taken place. This results in decadent, unpalatable woody shrubs and branches that make foraging for food in the winter much more difficult. Prescribed burning, therefore, when it can be done safely, is a critical aspect of wildlife management and our fire reliant ecosystems.

Seasonal closures are also an important aspect of the Steamboat Front and overall game management which clearly provides an important benefit to wildlife. Over time, there has been a significant environmental change that has put our elk populations at risk. Our enthusiasm for winter recreation inadvertently puts pressure on the elk through something as simple as raising their heart rates and increasing their stress by using more energy. It is for these reasons that seasonal closures have become critical to the survival of our elk herds, as well as other big game. 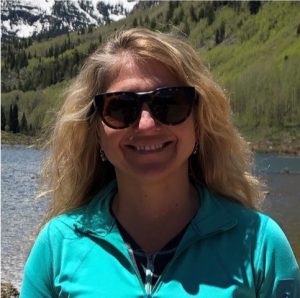 Steamboat and in 1998 began working as a student trainee for the Forest Service. While Missy credits her parents for her inherent love of nature, it was through her work with the Forest Service that she realized that she was prepared to commit her life’s work to the Forest Service motto… “Caring for the Land and Serving People”. With both encouragement and masters thesis funding from the Forest Service, Missy was able to go on to earn a Masters degree from CSU in Ecology. By 2003, she became a permanent employee and has never looked back!

The initial proposal for the Steamboat Front was developed by Missy along with former Fire Management Officer Sam Duerksen. They conceived the name itself because it follows the “front range” of Steamboat Springs along Highway 40. Clearly many individuals and institutions have been involved with establishing the Steamboat Front. But it takes committed individuals such as Missy Dressen to establish the necessary cooperation with other agencies such as Colorado Parks and Wildlife and private landowners to take an idea from concept to reality. Missy was instrumental in designing and implementing the Steamboat Front. Seven years later, the Steamboat Front project has successfully improved the pine beetle-damaged forests surrounding Steamboat and clearly improved our wildlife habitats. 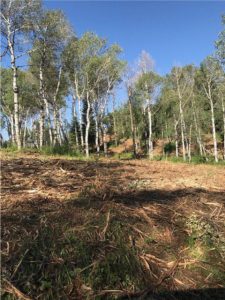 Missy and her peers are constantly working behind the scenes in a coordinated fashion to enhance our surroundings, provide an element of safety for our numerous recreational opportunities, and at the same time focus on conservation so that future generations will also have access to healthy forests and resources.

To donate or learn more about WHILD go here.